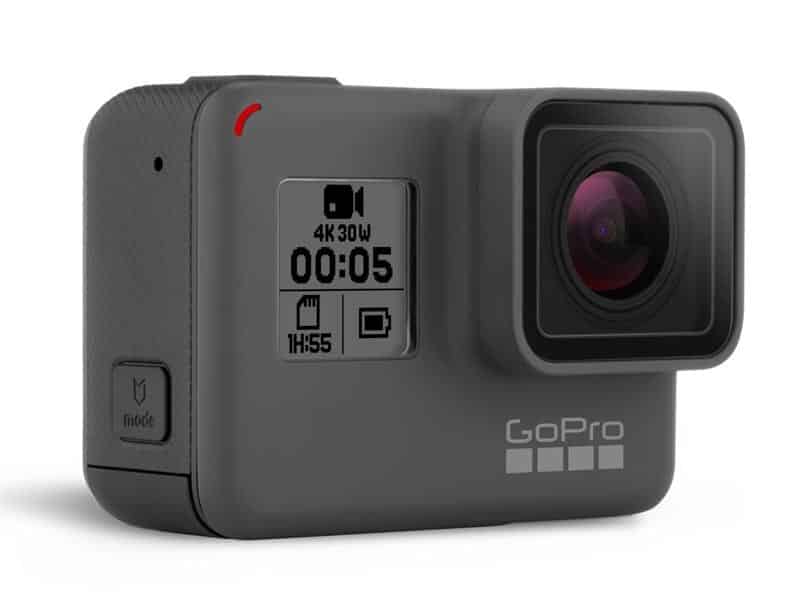 Want to know which GoPro to buy this year? Read this guide to find out.

Below we’ve added a brief review of each GoPro, explaining when and where each is going to make a suitable purchase. And, we’ve added a detailed GoPro HERO5 Black review (our top pick) after this section.

Looking for the HERO 7 range?
Below we’re reviewing the 2017/2019 lineup (HERO, HERO5 Black, HERO6 Black), which is still available and can save you money if you don’t need the latest cameras. But if you do, check out our GoPro comparison guide, which includes GoPro’s latest HERO 7 range, launched in October 2019.

To be honest, we’re super impressed with what GoPro have manged to cram into the 2019 HERO.

1440P is pretty decent, and the fact you now get a touch screen, voice control, and enhanced connectivity in the “budget” model is admirable.

If you don’t need 4K, or control over settings, exposure etc, then you won’t be disappointed with the HERO. 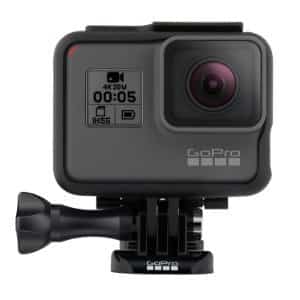 Expect to be able to capture professional footage, that provides quality like that of the average broadcast.

4K across the board and you’ll be able to create awesome time lapse videos with the 12MP stills; a 4MP jump on the HERO4 Session, and 2MP on the HERO5 Session. 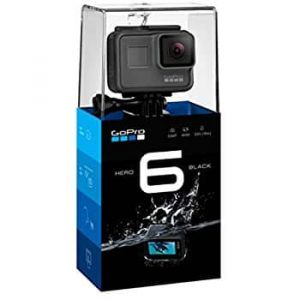 If you’ve got the budget and don’t want to compromise on video quality, the HERO6 is for you.

You’ll get the same quality of stills, but there’s a big jump in footage quality in both 2.7K & 4K.

If you want to create the best video footage possible, it’s going to be with the HERO6 Black.

Let’s start by saying the GoPro Fusion is expensive. In terms of price, there’s just no comparison with anything else in the range. You should expect to pay in the region of $700, and that’s double the price of our top pick; the HERO5 Black. 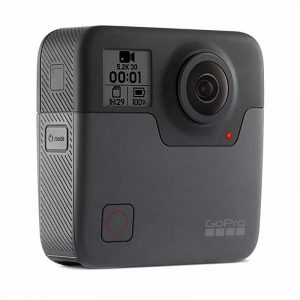 So, if it’s so expensive and the HERO5 Black is so good, why are people ACTUALLY buying the GoPro Fusion?

There’s an obvious boost in footage quality compared with other GoPros too. You’ll get 5.2k. Put simply, that’s over 20% better than you’ll get from the HERO6 Black. And the same goes for stills. Even the HERO6 only has a 12MP camera. The GoPro Fusion? You’ll get 18MP for stills.

Oddly, there is an area that the Fusion lacks, and that’s waterproofing. With the majority of the GoPros over the years, you’ve got 10m/33ft of protection. With the Fusion? You’ll only get 5m. That said, there are plenty of 360-degree cameras in a similar price range that you’ll get ZERO waterproofing from.

If you can’t compromise on film quality (and have the budget for the very best), the GoPro Fusion is for you.

The Best GoPro For The Money 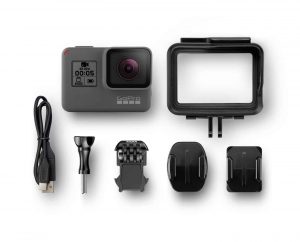 If you don’t want to tweak settings, and want a robust camera to shoot basic video, the HERO will do the trick.

Improved stills and video stabilisation will make the HERO5 Session the best choice on a budget.

If you refuse to compromise on video stabilization and quality, grab the HERO5 Black – the best value GoPro and the action cam we’d be aiming for.

Let’s face it. For those that have the budget, the GoPro HERO5 Black is only topped by the HERO6 in the action camera world.

It might not be the cheapest camera, but what it offers for the price is more than exceptional.

It’s an action camera for every sport. Whether you’re diving up to 33ft/10m (it’s waterproof up to this depth), hitting muddy trails or mountaineering, it’s robust enough to deal with it all.

And, the end-result is nothing short of spectacular. The quality of the footage alone, is worth the cost.

If you’re using an old HERO4, there’s a big feature you’re going to be missing out on; a 2-inch touch screen display.

Unlike previous GoPros, this touchscreen doesn’t need a waterproof housing to keep it safe. And, that means it’s sleeker and lighter than ever.

Particularly important if you plan to mount it on a helmet. The extra weight makes a lot of difference here.

You’re cold, wet, and you’ve been navigating the clickable display for minutes. That’s hassle. And, that’s the old GoPros.

This is where the GoPro HERO5 Black beats its predecessors with the new scrollable menu.

Menu items are larger and that makes navigation an absolute breeze.

And, as an additional bonus, you can edit footage on the move.

Yup, straight from the touch screen.

Battery life isn’t set in stone. Start switching on Bluetooth, GPS and WIFI, and you’ll notice the battery drain speed up. Even the heat can affect how fast the battery dies. On an average day, you’ll get 1.5-2 hours of footage.

Battery is again where the HERO5 Black, trumps the Session.

The non-removable battery of the Session are almost a deal breaker. It means carrying battery packs and sitting around waiting for a charge.

Who has time for that?

If you use a stick or chest mount, operating a GoPro isn’t exactly difficult.

But, mount it on a board or helmet, and it’s almost a 2-person job. And, that’s why GoPro have introduced voice activation. Just shout out “GoPro, start recording” and you’re good to go.

You’ll hear beeps as you shout out your commands, and that’s a sign the command has been accepted.

This is where the HERO5 Black earns its price tag.

So, you get the same 4K as you do in the HERO5 Session, but this is extended to their SuperView filming mode.

The HERO5 Session drops to 2.7K here. And, the HERO5 Black it shoots 4K at 30fps which is considerably better than any competitor products.

You’ll get a wide-angle lens to compliment the 4K and that’s what enables you to grab footage like the video above.

But, more impressive of all, is the quality holds for low-light scenarios. If you plan to film in the evening, or maybe even in a cave, this is the camera for you.

GoPro have realised that a lot of their customers are a lil’ crazier than they thought. And, for extreme footage, a camera needs extreme video stabilisation.

They’ve given the HERO5 video stabilisation below 4K and it’s a significant improvement on older HERO4 models.

Of course, there’s only far video stabilisation can go. There’s going to be some movement in the picture for exceptionally bumpy rides.

But, with improved stabilisation comes much better sound quality too.

The stabilisation helps to stop the wind reduction system kicking in, which is notorious for muffling sound, making sound inconsistent throughout a video.

You’re not short of ability when it comes to taking stills either.

Using 12MP, you’ll be able to get some excellent shots. That’s a full 4MP higher than the original Session.

Like video, there’s image stabilisation available which helps to improve the quality of stills.

There’s a noticeable difference between the wind noise on the Session and the HERO5/HERO6 models. But, that doesn’t mean it’s not still a problem.

If you’re a surfer, long boarder, cyclist, motorcyclist or even a paraglider, your videos are going to be overpowered by wind noise.

And, that’s why we’d recommend getting some foam to protect from wind noise. GoPro produce their own foam called the “Wind-Slayer”.

Who Should Buy The GoPro HERO5 Black?

You want quality footage, but don’t have an unlimited budget. You don’t want to take amateur footage, but something that’s border-line pro.

The HERO5 Black has everything the average filmographer needs in terms of:

So, that’s where we’d be putting our money. 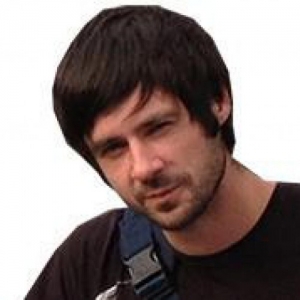 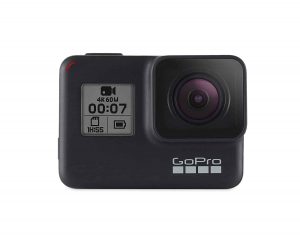 GoPro Comparison Charts: Compare ALL Features Of The 2019 Range

Not sure which GoPro is right for you? We compare all features of the current GoPro range (2017 – 2019), with simple comparison charts. 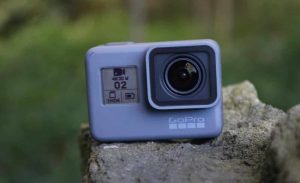 GoPro Comparison: Which GoPro Should You Buy In 2020?

Confused about which GoPro to buy? Our 2020 GoPro comparison covers everything you need to know about new and discontinued GoPro models. 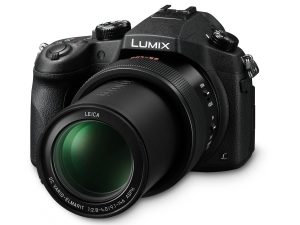 We run through the 8 best mirrorless cameras in 2019, looking at the pros and cons of each, and helping you make the right choice for you.