So, you’ve read our guide recommending the best beginner surfboard, grabbed a wetsuit and all the gear you need; you’ve found your new passion.

Like any junkie, you’re going to end up with a ton of clothing associated with surfing. But which are the best surf clothing brands?

Below we’ll be covering surf wear brands of all types that design the best apparel for both men and women. If you pick clothing from any brand on this list, you won’t go far wrong in terms of design, quality price.

Billabong pride themselves on being a surf lifestyle brand and a company producing technical surf gear for men and women. They sell everything from towels to t shirts and have done since 1973.

When I first got into surfing, I had a summer Billabong wetsuit, which stood the test of time. And since then, I’ve had a few Billabong surfing t shirts, which aren’t just well priced, they’ve last much longer than other extreme sports branded shirts I’ve had.

It’s also worth saying that Billabong are owned by another one of the best surf clothing brands, Quiksilver, the quality of the two companies’ apparel is consistent. And, I’ve certainly had my fair share of Quiksilver gear, given at one point I worked there!

Looking to kickstart your surf wear wardrobe with a t-shirt? Look no further than the Billabong Classic t-shirt here. 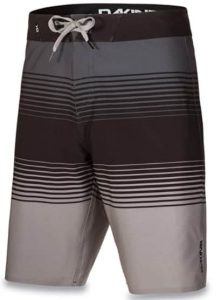 If you’re into other extreme sports, there’s a good chance you’ve already heard of Dakine. They produce technical mountain biking, skating, skiing and wake surf gear. And naturally, they’re one of the most popular surf wear brands too, producing top quality gear for both men and women.

Typically, the best surf clothing brands certainly aren’t going to be the cheapest. You get what you pay for and that’s certainly the case here.

Dakine started creating extreme sports gear in 1979, including surf apparel, and haven’t looked back since.

Ready to grab something cool from Dakine? We recommend the Dakine Stacked boardshorts, perfect for surfing, as well as any other water sports you get involved in. 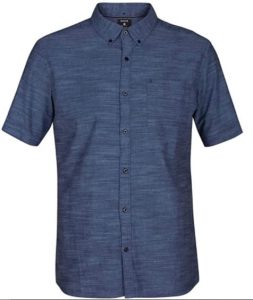 Hurley don’t just produce some of the best surf apparel and technical gear in the world, that’s all they produce. Although there are plenty of top surf clothing companies on this list, as many gain in popularity, they quickly stem into other industries, such as mountain biking, their focus waivers from surf wear; that’s not the case with Hurley.

Hurley produce high quality surf wear for people of all ages, and for both men and women. And you can bet it’s going to last. The company has been going since 1998 and is still going strong today.

Although Hurley isn’t a surf shirt brand, they do produce some of the best shirts for surfers. So, if you’re looking for a casual surf shirt, check out this one; the Hurley One & Only shirt. It’s stylish, comfortable, and extremely well priced. 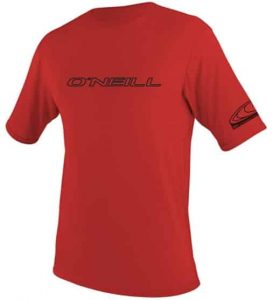 O’Neill isn’t just one of the best surf clothing brands on this list, it’s also the oldest, having been founded back in 1952. In fact, some say Jack O’Neill is credited for inventing the original wetsuit, and his son, inventing the surfboard leash we all use today.

This is a surf wear brand I’ve used multiple times, and like Billabong, I’ve also used one of their wetsuits (this time, a winter wetsuit). Like the surf apparel I’ve had from O’Neill, the clothing is just as good quality. And unlike some of the brands on this list, it’s not awfully expensive.

So, if you’re looking to kit out your surf wardrobe on a budget, but not compromise on clothing quality, O’Neill is where you need to be at. And I’d suggest starting with something practical like the O’Neill Skins Sun Shirt, offering not just comfort on the beach, but 50 UPF protection too.

You won’t even need to be involved in extreme sports to have heard the brand Oakley. Walk into any skate, general sports, wakeboard, or even outdoor store, and you’ll be able to find Oakley gear for sale. They’re a lifestyle brand, known for their glasses, but sell everything from motocross goggles to ski gear.

The company started in 1975, with the owner selling motocross gear from the back of a van. Whilst still massively popular in the mountain biking and motocross scene, the brand is better known for sunglasses and casual apparel; everything from hats to t-shirts.

Want to grab something from one of the leading surf clothing brands? We recommend checking out their popular Fuel Cell Sunglasses, for when you’re in between sessions and sunning yourself on the beach! 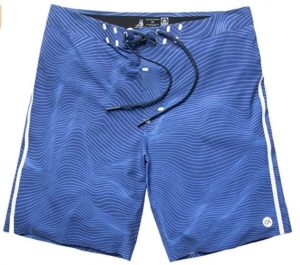 It seems at some point Outerknown came from being a company we’d never heard of, to one of the most popular surf brands in the world. And, a lot of that is thanks to the fact that from the early stages of development, it was backed by epic surfer, Kelly Slater.

It’s not taken long for Outerknown to be a staple in every surfer’s closet.

One of the most popular and coolest looking products they currently have on offer, is the Outerknown Apex 2.0 Boardshorts.

Admittedly, they’re not the cheapest boardshorts in the world, and you’d be saving a pretty-penny by heading for a brand like Billabong, but they’re sustainable and high quality.

Quiksilver is a bigger surf company than most people realize. The Quiksilver brand focuses on producing surf wear and quality apparel, but a lot of people don’t know, they own some other huge brands too. For example, they own the best women’s surf brand, Roxy.

And that’s not all, they own plenty of other huge brands associated with the surf and extreme sports industry such as DC Shoes, Billabong, Element, Von Zipper, RVCA and XCEL.

I’ve worked in a Quiksilver retail store in the past, and naturally our work uniform was the apparel on the shelf (which suited me). Years after leaving, I still had plenty of it left, so quality certainly isn’t a problem; nor is design or price.

Basically, your wardrobe isn’t complete unless it’s got something from Quiksilver in it. And my choice (I actually own these) are the Quiksilver Molokai Flip Flop. Comfy as anything, and last for years. 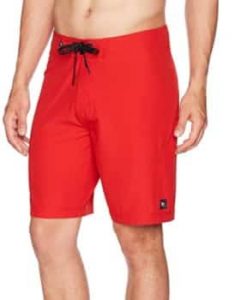 Rip Curl isn’t just one of best surf wear brands, it’s also one of the most well-known. Many consider the big three in surfing clothing brands to be Quiksilver, Rip Curl and Billabong; they’re the biggest in the market. Although this is certainly because they offer some of the highest quality gear, it’s also because they’re the longest standing, with Rip Curl being founded in 1969.

Whether it’s casual surf apparel, or a wetsuit, Rip Curl is going to have you covered. Want a recommendation for what I think is one of the coolest products in the Rip Curl range?

Although most companies on this list have plenty to offer for both men and women, there are not many brands that focus on women specifically, and that’s where Roxy come in.

Looking for cool surf gear that’s designed specifically for women? Roxy is where you need to be at!

We’d recommend taking a look at a few bits of their women’s surf wear, including this alternative to Vans, the Roxy Women’s Bayshore Slip On Shoe. 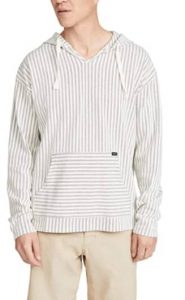 RVCA is one of the newer surf clothing brands on this list; they only started producing gear back in 1999. However, like Outerknown, they gained popularity in the skate and surfing industry thanks to their unique designs, high quality gear and excellent pricing.

Whether you’re using it on a winter’s afternoon, or just after the surf to get changed into, if you want some RVCA surf wear in your closet, we’d highly recommend something like the RVCA Ledge hoodie. In terms of comfort surf apparel, this is the best of the best.

Your surf wear closest isn’t going to be complete without a set of vans. I’ve got 3 sets in my house, and probably had 15+ sets in my life. They’re durable, comfortable and look sleek as anything.

Although a lot of people head for the likes of DC Shoes or Element, I personally think that Vans are the coolest skate and surf shoe brands on the planet, and that’s why I keep buying them!

There’s a ton of different designs on offer, with the Vans Old School shoe being one of the most popular. And the thousands of reviews online mean that you can buy and wear with confidence. 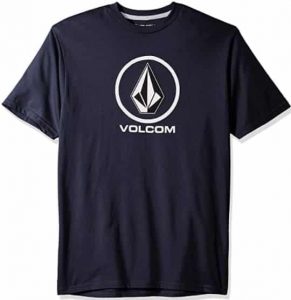 Founded in 1991, Volcom is a board sports lifestyle company. One thing to note with Volcom is although it’s considered to be one of the coolest surf clothing companies, it’s certainly not the cheapest when it comes to products like their technical board shorts.

However, there’s plenty of last year’s discounted stock available on ecommerce stores, which is exactly what I look out for. In general, it’s discounted heavily and that equals excellent value for money.

Want a recommendation on which Volcom surf wear to add to your basket? I like the Volcom Crisp Stone shirt which you can grab from here.

And that’s it, our guide to the 12 best surf clothing brands in the world. Purchasing surf wear from any companies on this least is going to mean you’re embracing the riding lifestyle, and you’ll be getting products from respected companies that offer products at reasonable prices, with great designs and that are standing the test of time.

Want to read more about surfing? Check out our detailed guide on how to surf here. And check back soon, we’re constantly uploading surf reviews and tips.

The Top Wakeboard Life Jackets (and vests) of 2021

The 5 Best Surfing Backpacks for Your Gear