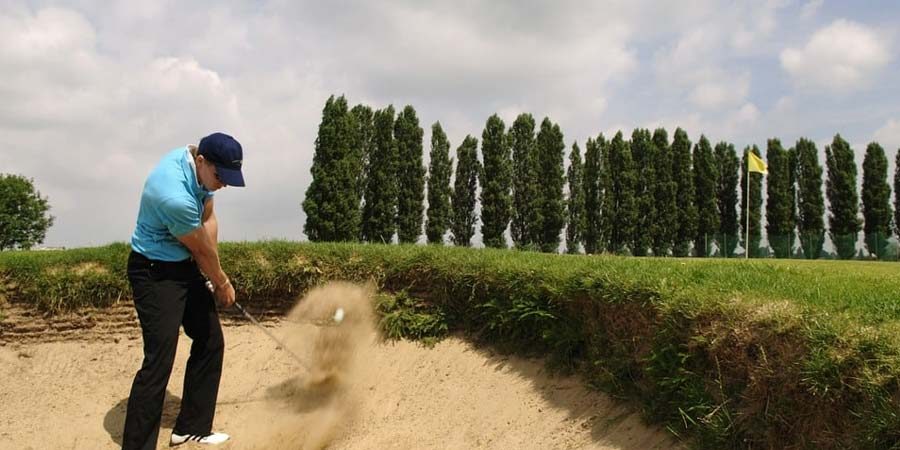 We’re not going to go to in-depth into the rules of golf (there are hundreds), but here’s a quick overview, along with an explanation of some common terms.

Before we start, we should point out that these rules really only come into play during competitive rounds. You can be a little more lax while practicing or playing a social round with friends. 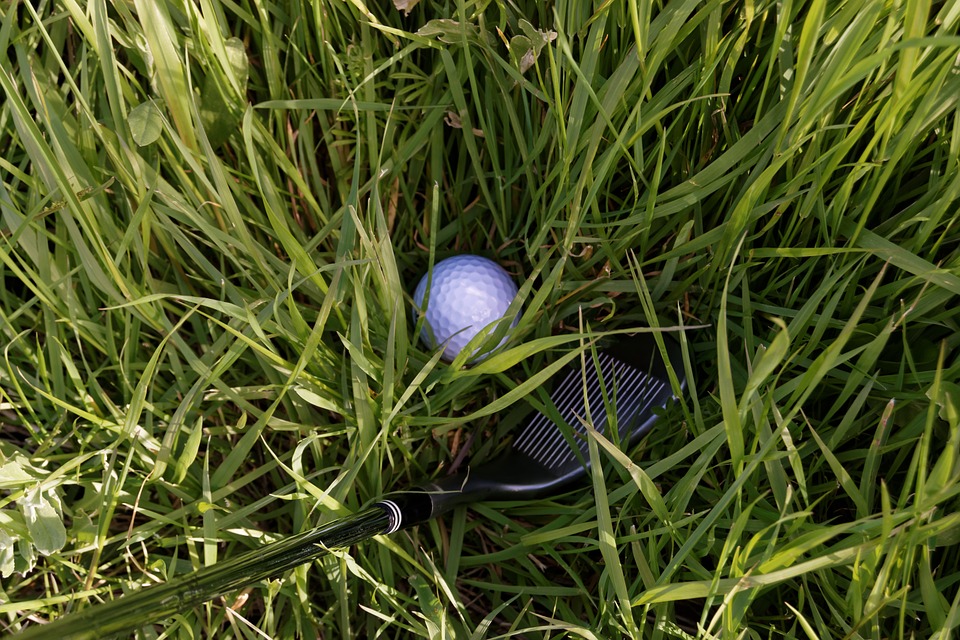 Generally, you should play the ball as you find it.

That means that if it’s sitting buried in the long grass, then unfortunately you’ll have to just find a way to dig it out of there.

There are however a few exceptions.

If the ball (or your feet) are in casual water — that’s water that’s not a hazard — then you will normally be allowed to pick it up and place it at the nearest point of relief, no closer to the hole.

Most courses will allow you to remove a plugged ball from the fairway and drop it with no penalty. Since 2019 balls that are plugged in the rough may also be replaced without penalty.

During the winter season, when courses are often a little weather beaten, you will normally be allowed to pick your ball up from the fairway, clean it, and replace it.

Check the local rules for your course (normally found on the scorecard) to ensure that this rule is in place.

If you lose a ball then the rule is that you have to take another shot from the same place that you hit the first one, incurring a one stroke penalty.

So if you hit your drive out of bounds, you would play a second ball, but would be hitting your third shot due to the penalty.

If you think your ball might be lost, but are not sure, you are allowed to play a ‘provisional’ ball.

You can then go and look for your first ball, and if you can’t find it, can play your second ball from where it landed. This would be your fourth shot (3 off the tee).

The same rule applies if you think you have lost a ball from the fairway (or rough).

In casual rounds, you and your playing partner might decide that you can play another ball from where you think the original one landed and just take a one stroke penalty.

Update: Since 2019, a ball hit out of bounds can be played from the point of entry, incurring a 2 stroke penalty. 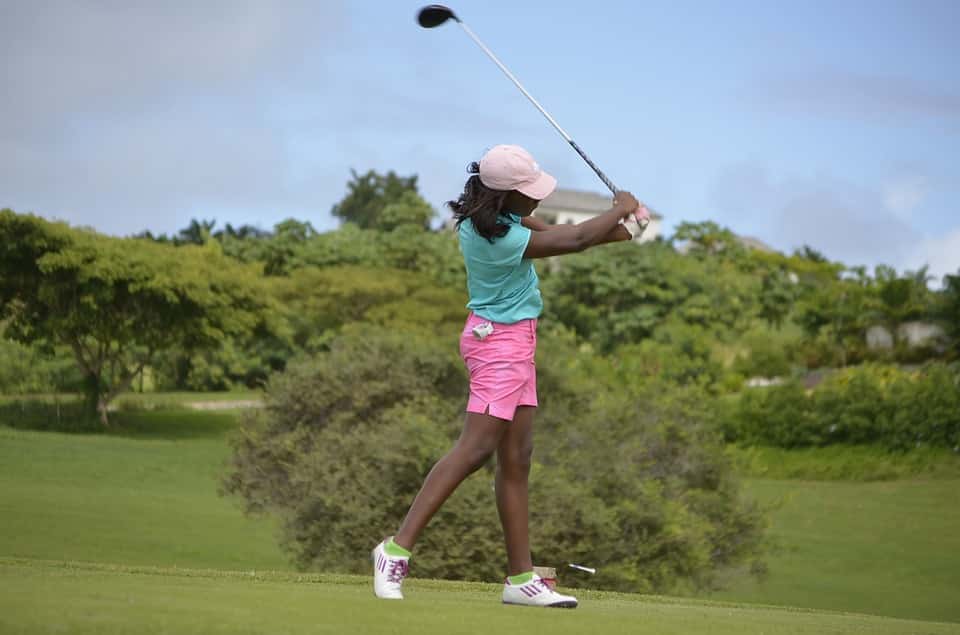 You must take your tee shot from behind the tee markers that you have decide to play. Most golf courses will have 3 tee positions, with competitions taking place from white tees.

This is the only time you are allowed to put your golf ball on a tee. 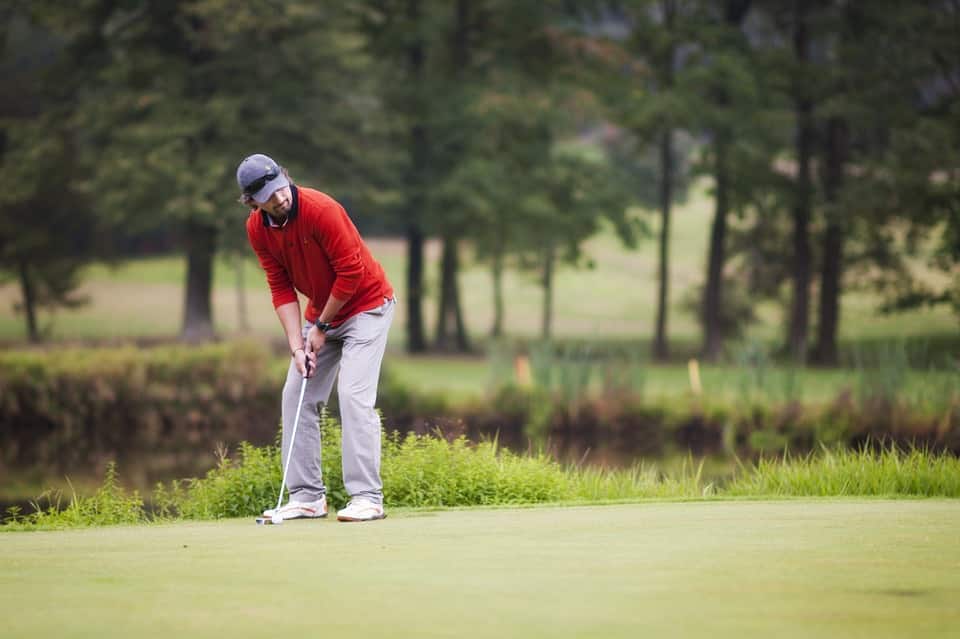 Since 2019, the flag can be either removed or left in while putting.

You can also mark your ball, pick it up, clean it, and replace it, on the green before hitting your shot.

The player furthest from the hole should hit their shot first.

From the tee box, the player who recorded the best score on the previous hole should tee off first. This is known as ‘having the honour’.

On the first hole, the player with the lowest handicap in your group should tee off first. If you don’t have a handicap, you could just use a simple coin toss to decide who gets ‘the honour’.

Update: in 2019, the rules were changed in order to speed up play. There is now no longer a strict requirement to play in sequence. This is sometimes known as ‘ready golf’.

There are two types of water hazard you might encounter on a golf course. The type of hazard will be indicated by a coloured marker.

Yellow markers indicate water hazards that cross your line of play. If your ball lands in a water hazard marked with a yellow stake, drop a ball anywhere behind where your original ball entered the water hazard and take a one stroke penalty.

Tip: Your driver is your longest club, so use that to measure the two club lengths! 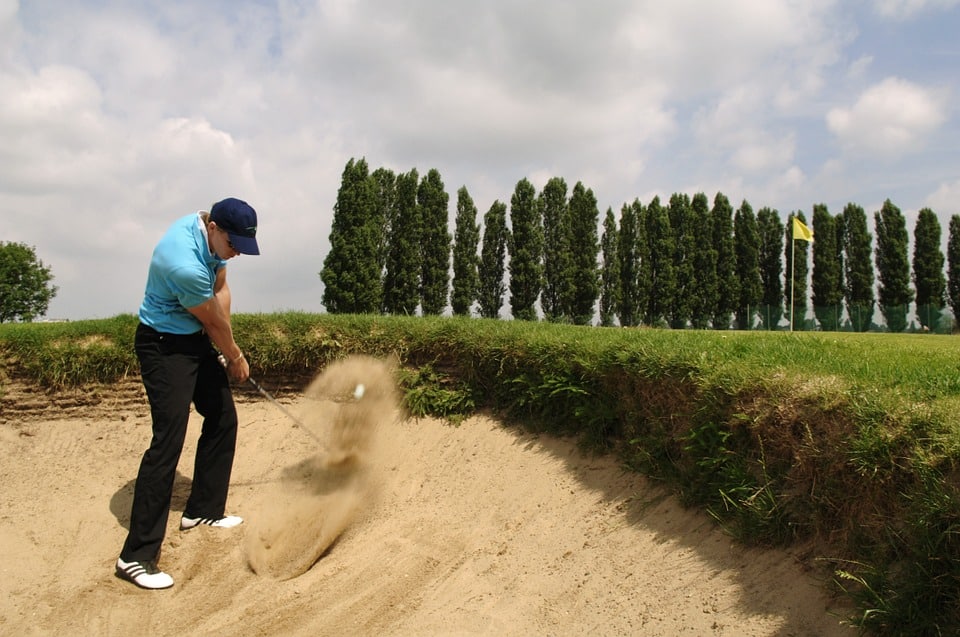 If your ball lands in a bunker, then unfortunately you’re going to just have to try and scoop it out of there.

The main rule to be aware of is that you mustn’t ground your club in the sand before you hit your shot. If you do, it’s a 2 stroke penalty, or loss of the hole in match play.