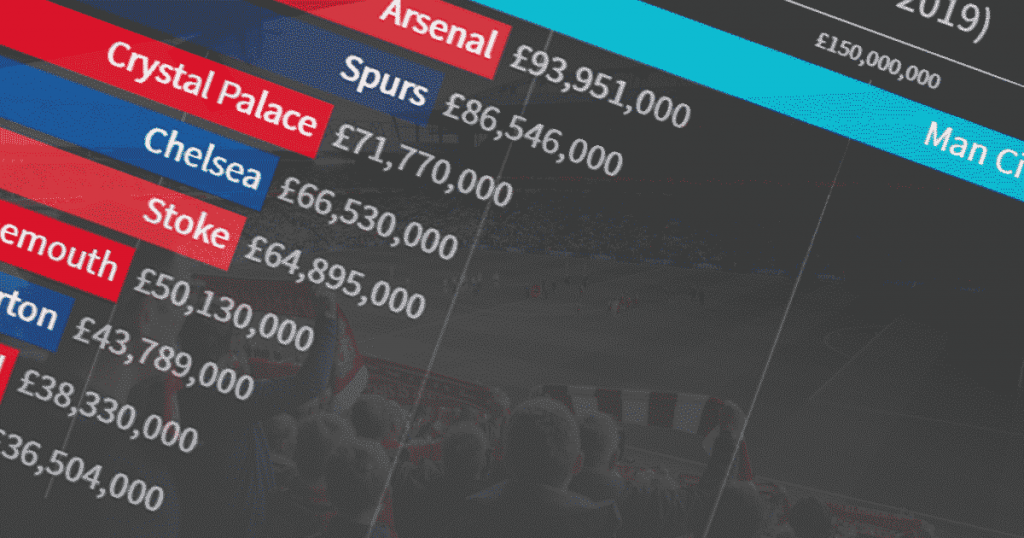 We dug into 15+ years of January transfer window stats to work out the Premier League’s biggest spenders ⁠— from the first window in 02/03, right up to 2019.

We’ll start with this animated timeline, which shows the 10 Premier League clubs with the highest net spend (income minus expenditure) in each January window.

Here’s the list of the biggest spenders each season:

The chart below shows accumulating net spend over the 17 years since the first window opened on January 1st 2003.

Manchester City are comfortably the Premier League’s biggest historical spenders in the January transfer window. The £184m they spent over 17 windows was almost double the total of the second highest spenders Arsenal (£94m).

Did your team spend big in January?

About The January Transfer Window + Thanks

To prepare this article, we collated data from https://www.transfermarkt.co.uk/


Note: we took care to ensure the data in this article is accurate, however, if you believe we have made any errors, then please contact us for correction.