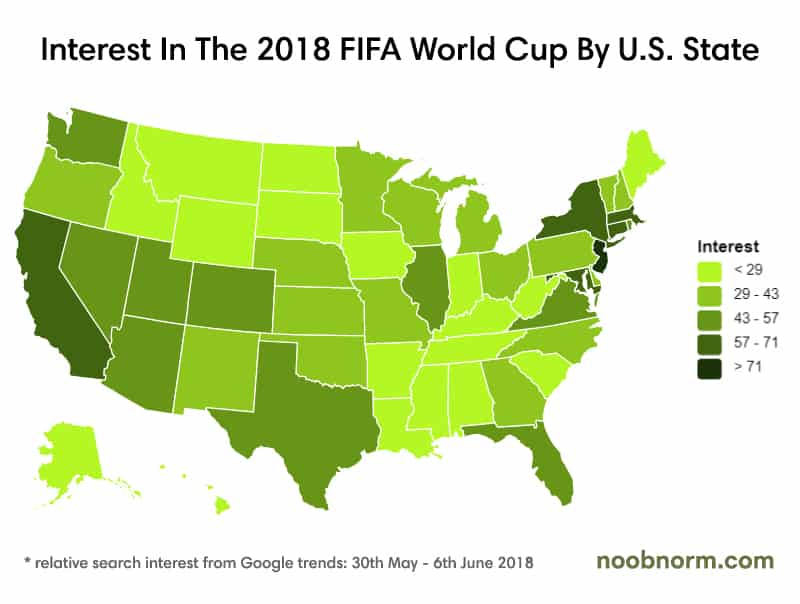 Are Americans excited for the World Cup? Well… that depends which state they are in. We explored data from Google trends (relative search interest over the past 7 days) to find out which U.S. states were most interested in this year’s world cup, and which couldn’t care less. Here’s what we got… 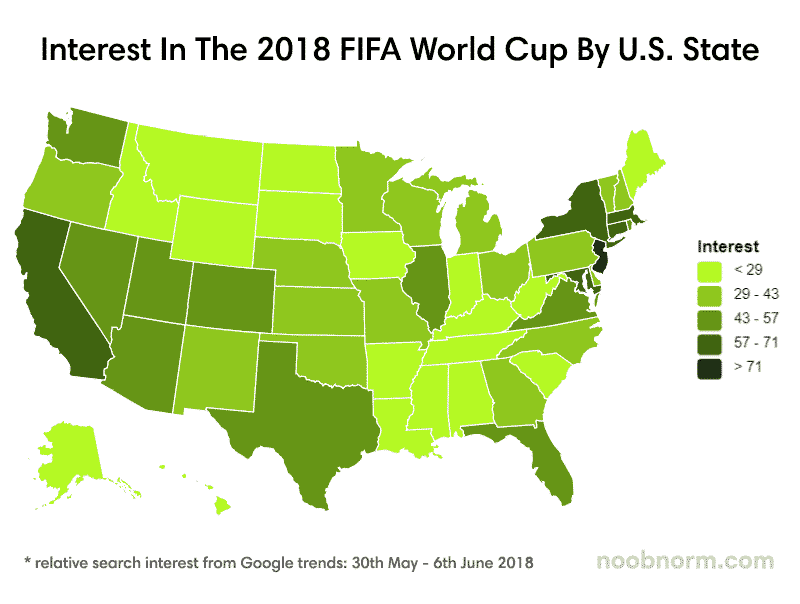 And here’s the full breakdown…

So D.C. (which technically isn’t a state) has by far the most interest, while New Jersey, California, and New York are (relatively) pumped for the tournament.

If you’re one of the Americans that isn’t interested in the World Cup, but want to blag your way through it, check out our World Cup Survival Quote Generator.

[mashshare]
First time here? We're a team of sports, outdoors, and tech enthusiasts. We test (and use) most of the products we feature, but when that's not possible we put in the hours of research so you don't have to. We may make a small commission if you buy through one of our links. Find out more about us here, and stay in touch on Facebook and Twitter.