You are here: Home » Features » In Review: 30 Years Of The World’s Highest Paid Athletes 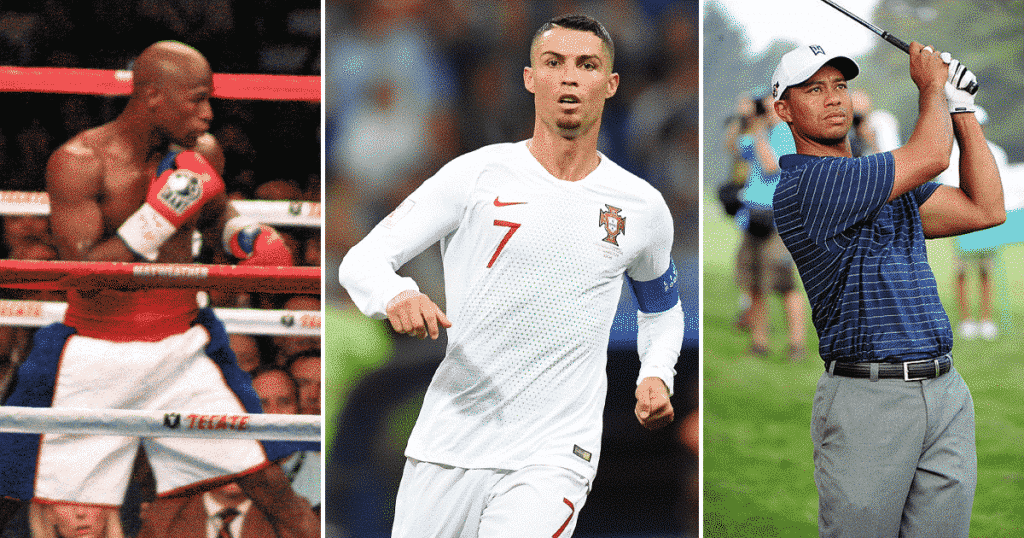 As we reach the end of the decade, we take a look at the highest earning sports stars of the past 30 years.

We’ll start with this animated timeline, which shows how Forbes’ annual list of highest paid athletes changed between 1990 and 2020.

The mid to late 90s were dominated by Michael Jordan, while golf’s Tiger Woods cashed in during the 00s.

Here’s a full rundown of the sports stars who topped Forbes rich list over the period: 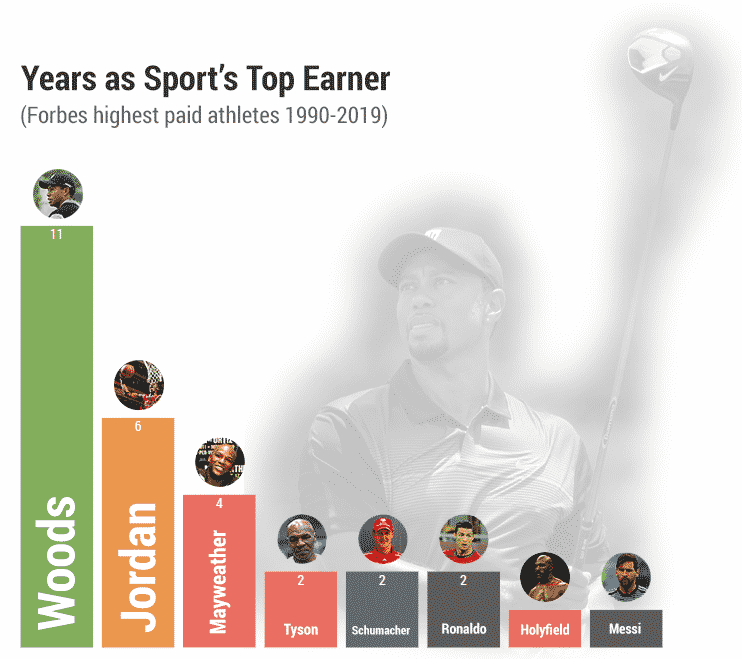 Which Sports Had Most Athletes In The Top 10?

Boxing and the NFL were tied at the top here. Both sports had 16 athletes who made Forbes top 10 list of highest paid athletes at least once between 1990 and 2019. 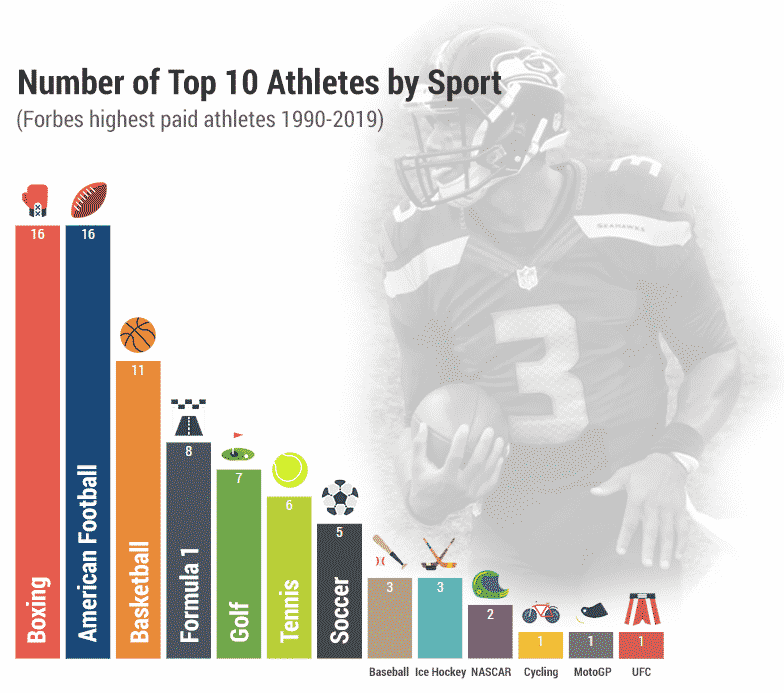 The earnings of the world’s top sports stars have grown exponentially over the past 30 years, with the combined pay of Forbes top 10 list surpassing $1bn for the first time in 2018. 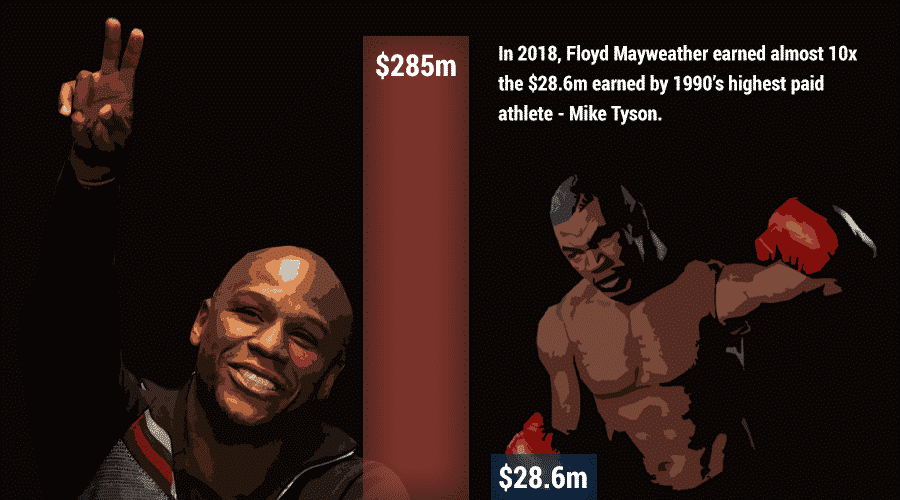 About The Forbes List Of Highest Paid Athletes + Thanks

Forbes has published an annual list of the world’s highest paid athletes since 1990. The figures are estimates and include salaries, bonuses, prize money, endorsements and appearance fees.

To prepare this review, we collated data from the following sources:


Note: we used a number of sources to ensure the information in this review is accurate, however, if you believe we have made any errors, then please contact us for correction.

4 thoughts on “In Review: 30 Years Of The World’s Highest Paid Athletes”