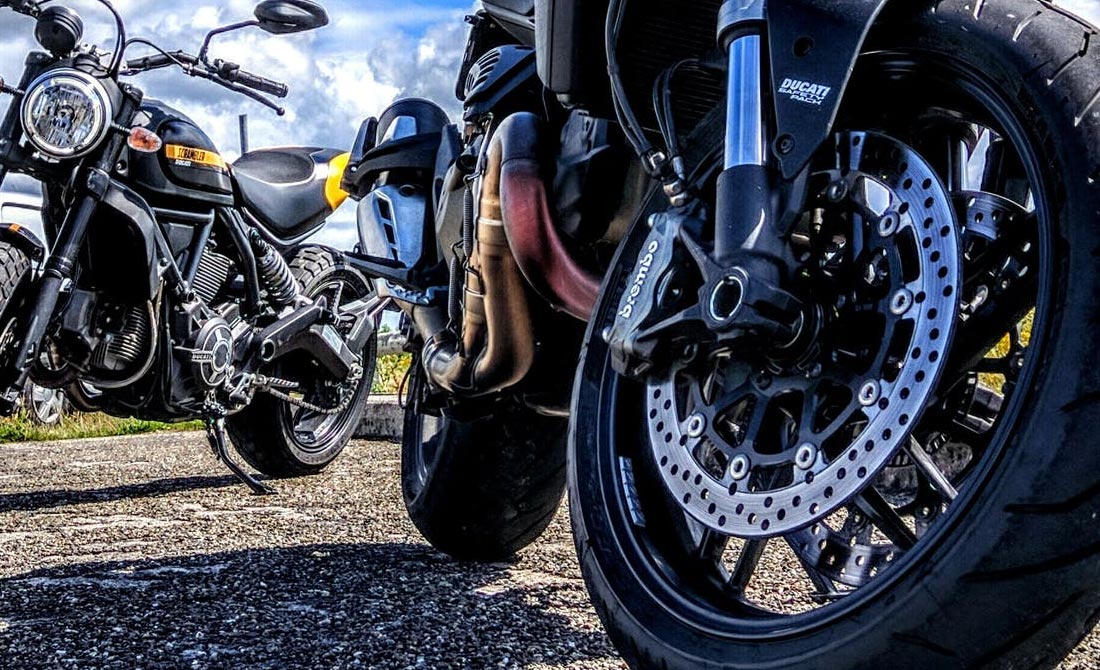 Want to protect your bike? After a over a decade of owning bikes, here’s the 2 best motorcycle ground anchors I recommend using and why.

Welcome to our 2-minute guide to the best motorcycle ground anchors.

If you’ve been involved with bikes for a while, there’s a good chance you, or one of your buddies have had their bikes stolen.

It doesn’t matter whether you ride street, enduro, trail ride or do motocross, you’re a target.

Even if you don’t park on the street, you’ll want to add as much security to your bike as possible.

On my last dirt bike, I had two different ground anchors, anchoring various parts of the bike.

It’s not just about you not losing your bike, it’s about annoying thieves too ?

A Quick Note On Bike Security

Before we kick-off with a few ground anchor reviews, I thought it was worth dropping in a few bike security tips.

I’ve had multiple break-ins, attempted thefts of MX bikes and most recently, a considerable amount of damage done to my GSR 750 (steering column/lock).

But, I’ve never had a bike stolen, in over 10 years of riding.

So, here’s a couple of tips to help keep yours safe.

Get a motorcycle ground anchor. If you don’t have the budget for ones I suggest on the list, any is better than none.

But remember, your ground anchor for your motorcycle, is only as strong as the chain you’re using.

So, make sure it’s a good one.

It always baffles me that most the best motorcycle ground anchors have a major flaw; tamperproof bolts.

What’s to stop the thief just removing them?

But, with some effort, the Allen key bolts can still be removed.

And, that’s why I always grind off the Allen key heads (not so much as to weaken the bolt), so they are truly “tamper-proof”!

A neat trick for you guys and gals storing bikes in any kind of unit (shed, garage etc), is to use a basic house alarm.

I think mine was less than $50, and it’s the biggest deterrent ever!

You can place the alarm sensors around your storage unit, and they’ll set off before thieves even touch your bike.

Believe me, alarms really work. After thieves tried to take my MX bike and the alarm went off, they never came back.

Obviously, make sure the sensors cover the access points to your bike, including windows and doors.

I’ll do a write up on the best motorcycle alarms soon.

I’m choosing Oxford for both.

Mainly because I’ve had both, as well as a handful of their chains – their product quality is top-notch.

Now, if you really want to protect your motorcycle, you won’t leave anything to chance.

That means using a concrete ground anchor (also known as a drop-in).

I always use these for offroad motorcycles, because there’s no insurance for those bikes; once they’re gone…they’re gone!

And, that means having a concrete motorcycle ground anchor. Basically, there are no bolts to be tampered with.

The motorcycle ground anchors that aren’t concreted in, are not as secure (see the “ground anchor bolts” section above).

But, they certainly aren’t useless. They are enough of a deterrent to put off most motorcycle thieves.

At the end of the day, thieves steal because they are lazy.

Why waste time on your bike, when there’s hundreds that have zero security?

Need a new lid?
Check out our guide to the best motorcycle helmet brands in 2020. With 20 years+ biking experience on our team, we’ve road tested a TON of brands, and picked out the best of the best.

If these punks want to steal your bike and it’s mounted to the Terra Force, they’ve either got to cut through the anchor, the concrete, or the chain.

The chain is the easiest, hence why I said before, your anchor is only as strong as your security chain.

There’s not a tonne of online reviews for the Terra Force ground anchor (but they are good ones).

That’s because most people buy the plated ground/wall anchors not realising that they are not as secure.

If you’re not willing to compromise on security, this concrete motorcycle ground anchor is for you.

This is an option if there’s not the opportunity to drop the anchor concrete, or, you don’t have the space (i.e. a side alley).

I’ve used this ground anchor most recently for my GSR750.

It was kept down a side alley, which is a tight squeeze.

So, instead of mounting it to the floor (which was gravel), I mounted it on the side of the house.

In fact, I’d be pretty-impressed if someone managed to squeeze themselves into between the bike and alley, to give themselves enough leverage to tamper with the chain or ground anchor.

I’ve bought it once (but moved since!), so if I need another wall anchor, or just want a simple plated anchor (lets say, for work), then the Oxford wall anchor is the one I’ll be headed for.

Thanks for reading our 2-minute guide to the best motorcycle ground anchors.

Hopefully, you see the importance of a concrete versus a plated ground/wall anchor.

But, either is going to improve your bike’s security dramatically.

Either bookmark that page and pop back soon, or jump on our email list and I’ll drop you a line when I post something new. 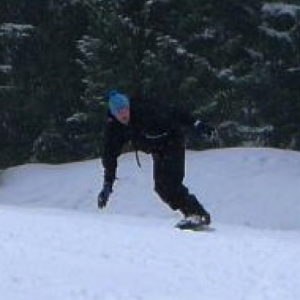 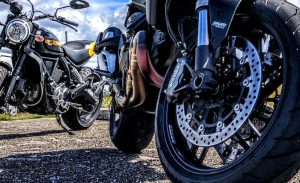 Can’t figure out which are the best motorcycle brake pads? I’ve been into bikes for nearly 20 years, so this 2-minute guide is going to be all you need. 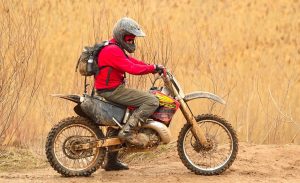 The Best Motorcycle Backpacks For The Money [And Comfort]

Confused about which is the best motorcycle backpack to buy? This 10-minute guide covers everything you need to know to choose a backpack, regardless of your budget. 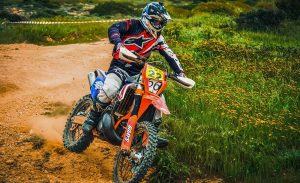 Here are our favorite MX gear brands, and our #1 pick for the best motocross gear on the market.