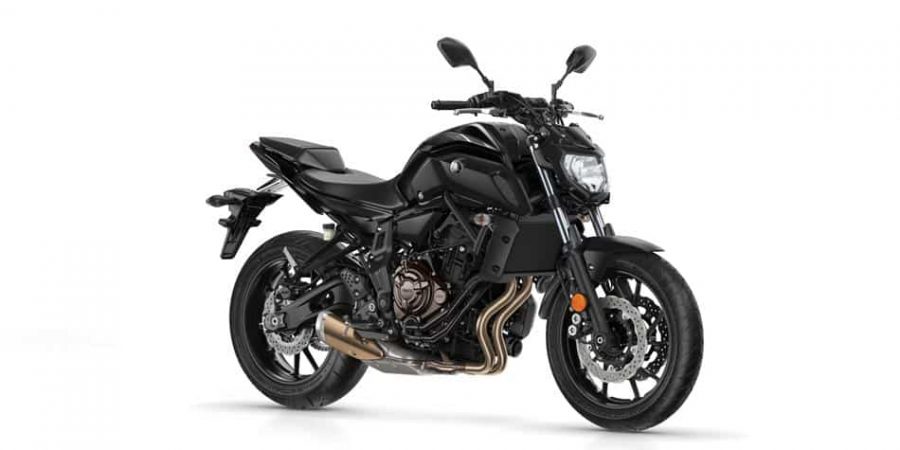 Welcome to our 3-minute guide to the best motorcycle for beginners.

Below is a short review of my first motorcycle (a GSR 750), and what you should look for in your first bike.

Is the GSR the best motorcycle for beginners? Would I buy it again?

Nope. Here’s why, and my top pick for beginner riders.

The Best CC Motorcycle For Beginners

If you’ve passed your street bike test (at least, in the UK), you’ll have been on a 600cc bike at least; controlling power shouldn’t be a problem.

Depending on the exact bike you choose, I’d aim for the 600cc-900cc. Beyond that, you’re just adding extra weight for the sake of it.

The Best Type Of Motorcycle For Beginners 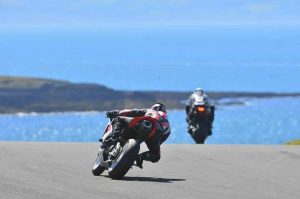 I’ve been riding for years, so confidence was never going to be an issue. Still, I didn’t go for a street bike, or a big 1000cc bike.

Was it because I was scared of speed? Nope.

The best bikes aren’t necessarily the ones with the biggest engine. It comes down to seating position, weight and build quality.

Mainly due to seating position I’d not recommend any of the bikes below:

The seating position, power output and weight is much more suited to those progressing from beginner-intermediate.

Why The GSR750 Isn’t The Best Bike For Beginners 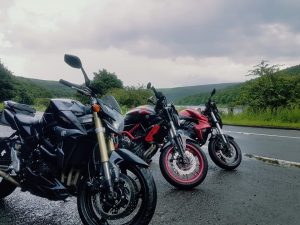 If you’ve already been browsing motorbikes, you’ll have noticed one thing about Suzuki’s; they’re cheap.

There’s a good reason for this. In my opinion, the build quality isn’t on par with other top brands, but it is comparable to Kawasaki.

As an example, the Kawasaki Z800 is basically the same as the GSR. But, neither are the build quality of the equivalent Yamaha.

You’ll notice it in everything from:

More importantly, the biggest difference comes in the suspension.

If you’ve not ridden bikes before, there’s one thing you need to know. Whether you’re riding street bikes, dirt bikes or supermotos; exhausts don’t make you a faster or better rider.

Suspension quality and setup, does.

It’s not just the quality of the suspension unit that matters (my GSR750 had a Kayaba rear shock, and they’re a top brand), it’s the adjustment on offer.

Suspension has preload and compression adjustment. Well, unless you have a GSR 750. You’ll only be able to adjust preload.

I won’t get into the nitty-gritty, but that’s just reduced your ability to tailor the bike to your needs by 50%. If you’re an average height, average weight rider; you’ll be fine.

But if any of the below sounds like you, as you progress from a beginner to an intermediate rider, you’ll wish you had the ability to adjust your suspension further:

And, then there’s one more thing; personal preference.

Different riders prefer different setups. You’ll never get the perfect setup without being able to adjust compression AND preload.

I know what you’re thinking, how does that compare to a sports bike? Well, the 2003 CBR600RR claims around 115bhp. But, it revs higher and picks up faster.

0-100mph there’s little difference. After that, you’ll see the CBR creep away, and the faster you go, the bigger the difference is. You’ll top out at around 140mph, and they’ll keep going until 160mph.

I’m more of a corner and acceleration freak, so that works for me.

So, what’s wrong with the GSR 750? The power delivery sucks.

The power seems to be compacted towards the top end, and that means a lot of slamming through the gears, even when you’re not riding hard.

I quite enjoyed it, but I can imagine having such a powerful and compact power delivery isn’t something that you’ll want from your first motorcycle.

You want something with power, but smooth power.

To put that into perspective. That’s more than a Lamborghini Aventador (438bhp per tonne), and they cost nearing $400,000.

But, back to motorcycles…

There are bikes with the same power to weight ratio, that weigh a lot less.

They might not display the same BHP, but the drop in weight means: 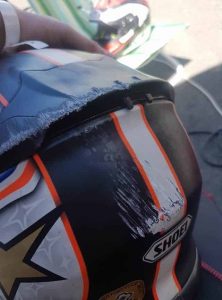 This is more of a review of the FZ07/MT07, rather than a recommendation.

My cousin owns this bike. He’s:

So, there’s some good comparisons to be made here. But I can tell you now. It’s a great all-rounder. From daily commuting, to European trips, and even track days.

First, let’s start with the power. 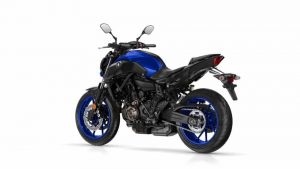 But, the power delivery is a heck of a lot smoother than the GSR750. And, it picks up from the bottom end much better.

Overall, that converts to:

That makes it not just fun for experts, but perfect for beginners.

Everything feels and is, higher quality. From the foot pegs to the levers, and even the comfort of the seat.

More importantly, as I mentioned earlier…

Yes, you’ll be able to adjust both preload and compression on the FZ07.

So, it doesn’t matter if you’re a woman that’s shorter than the average dude, or a dude that’s heavier than the norm; you’ll be able to adjust your suspension to suit.

But, have a flick through bikes for sale online. I had a quick look and you could grab one for as little as $4k. In my opinion, for such high quality, that’s a cheap motorcycle!

Who’s It Suitable For?

But, after riding the FZ07 and knowing there’s so much more on offer in terms of setup, I’ve realised it’s suited to every type of beginner. More to the point, my cousin has been riding it for over 2 years and still isn’t bored of it.

Whether you plan to commute, travel long distances, or are worried that you’re not average build; I’d say head for the FZ07.

What To Do Before Buying Your First Motorcycle

Never take anyone’s word for anything. I’m confident you won’t, but you might hate the FZ07.

Most Yamaha dealerships will offer free test rides. And, I’d take full-advantage of that fact.

Get down to your local dealer, book a test ride.

And if they’ll let you, consider test riding the MT/FZ 09 too.

If you have some bike experience, are slightly heavier than average, aren’t worried about extra weight and want a little more BHP; the FZ07’s older brother is a worthy contender for your cash.

Thanks for reading our 3-minute guide to the best motorcycle for beginners.

We regularly post up new moto content here. So, bookmark that page and I’ll see you soon, or jump on our email list for product recommendations and riding tips.