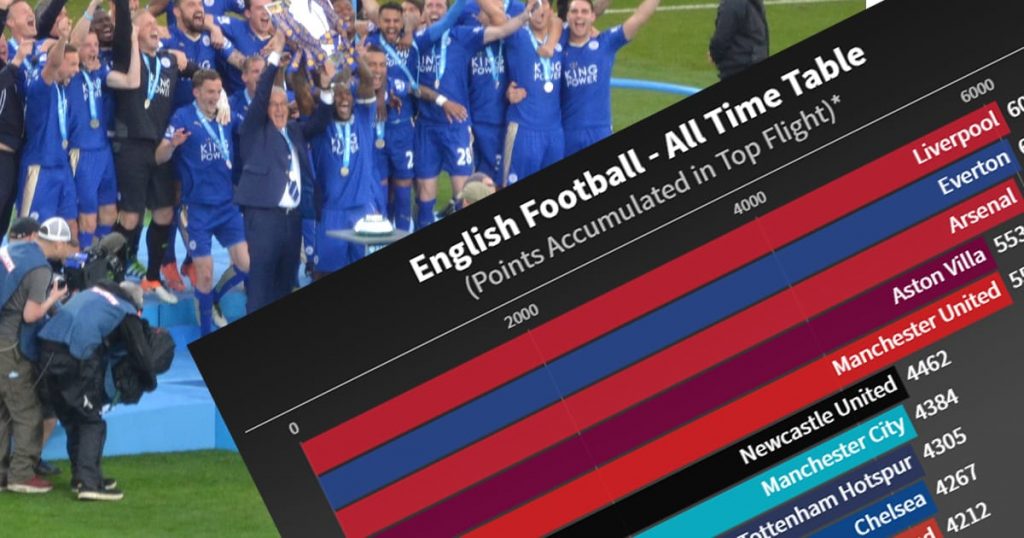 To find out, we created this live graphic, which tots up all points acquired in English football’s top flight — from the first football league in 1888, to the end of the 2019 Premier League season.

Here’s a full table, showing all teams that have spent at least one season in English football’s top flight. We’ve included their points tally to the end of the 2019 season, plus the number of sesaons they have spent in the top flight.

Note: we used a number of sources to ensure the information in the table is accurate, however, if you believe we have made any errors, then please contact us for correction.